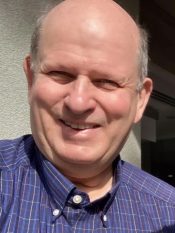 Before coming to Kirksville on March 1, 2012, he served for 18 years as church health strategist for the Baptist Convention of Iowa in DesMoines. He also served as editor of the Iowa Baptist newspaper.  In addition, he has 15 years of pastoral experience in Missouri, Illinois, and Iowa, and he was president of (SBC) State Sunday School Directors Association.

He is a native of Winigan. His home church is First Baptist, Winigan, where he was ordained to ministry in 1976.  He was educated at Hannibal-LaGrange College; Southwest Baptist University; and Southwestern Baptist Theological Seminary.  He holds Bachelor of Arts and Master of Divinity degrees.

Nations and his wife, Rachel, have been married for 42 years, and they have two grown children, Philip and Beth. Rachel is a special needs teacher who has served as a volunteer special needs consultant for the Baptist Convention of Iowa.

Nations has written for Baptist Press and is the author of numerous articles for magazines and web publications, primarily for LifeWay Christian Resources, including The Pathway.  He regularly teaches seminars for LifeWay at Ridgecrest and Glorietta conference centers and has taught seminars and classes for other state Baptist conventions including the Missouri Baptist Convention and Midwestern Baptist Theological Seminary.  And in the realm of community service, for 7 years was part-time chaplain for the Windsor Heights (Iowa) Fire Department.